You are here: Home / Library / A Home Is Not a Reward 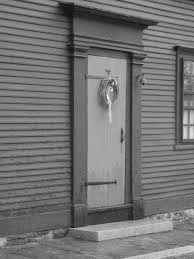 One Wednesday morning not too long ago, “Tony” came into Bethesda Cares’ Drop-In Center for a cup of coffee and maybe some companionship. He was working with our team on the lengthy path to housing and was pretty far down that road, but had hit some bureaucratic speed bumps and was still sleeping at a metro stop. (I introduced you to Tony in an earlier post. Waking each morning in deep despair, he was drinking heavily to escape his reality.)

That morning, Tony was sitting at a table talking with two or three men. He suddenly stood up, placed both hands on the table, leaned slightly forward and addressed the room in a clear, loud voice:

“I really don’t think I deserve to be homeless.”

His words echoed in my head and my heart.

I don’t think he deserves it either. “Deserve.” As in, he has done something worthy of a reward. Or of a punishment.

A Home for Tony, Practically Speaking: A Tale of Two Models

The traditional Housing Ready model for housing someone experiencing homelessness wouldn’t let Tony have a permanent home unless and until he stops drinking. You’re probably familiar with this approach. It goes something like this: A person goes to an emergency shelter, has to join a rehab program, maybe then gets into “transitional” housing and, if the person behaves well, is eventually a candidate for permanent housing. This process keeps the person on a behavioral tightrope for months, years.

The underlying philosophy of Housing Ready is, “You can have a home when you show you are ready for one.”

With due apologies to my skilled and dedicated colleagues working with this model, when it comes to helping Bethesda Cares’ clients — the most medically vulnerable, those who are chronically homeless, living unsheltered long-term — Housing Ready just doesn’t work.

Moving incrementally, conditionally toward a home does not create stability for someone who is suffering severe mental illness or fighting substance additions, someone whose life is already completely adrift. And for someone like Tony, who is drinking in part because of that instability, the “ask” of him is impossibly high. He’ll never make it through those long anxious months of what must feel like probation.

Housing First was pioneered in the early 1990s, originally aimed at helping chronically homeless clients who are the most medically vulnerable, and for whom the Housing Ready system’s demands are too high. Housing First’s philosophy is basically this: “Hey. Let’s get this guy into one place, a permanent space, a place he can call his own.Then let’s get him help in battling his addictions, finding a job or coping with his health problems.”

When you have a safe, solid foundation, you can rebuild. Placing someone in permanent housing, and then supporting his progress, works.

Obviously, we at Bethesda Cares believe in Housing First. Tony now has a room in a group home where he can stay as long as he likes. A huge motivation for his drinking is now gone, and he is moving forward in his battle with the bottle.

A Home for Tony, Philosophically Speaking

There’s one other thing about the Housing Ready model that bothers me on a personal level. I’m a mother of three, and I have some expertise in the bestowing of rewards and the meting out of punishments. It comes with the territory. Come home with straight As on your report card? Hop right in the car for a trip straight to Ice Cream City. Get busted smoking cigarettes behind the middle school? Head right up to your room, and leave your iPhone on the kitchen table on your way up the stairs.

My point is that the appropriate currency for rewards and punishments is luxuries, not basic necessities.

When Tony said he doesn’t deserve to be homeless, I think he’s right: He deserves a home regardless of how much he drinks. He should not have to earn the comfort and safety of a roof of his own as some kind of “reward” for good behavior. And under the Housing First model, he did not have to.