You are here: Home / Library / A Lesson In Gender Pronouns For My Fellow Former English Majors 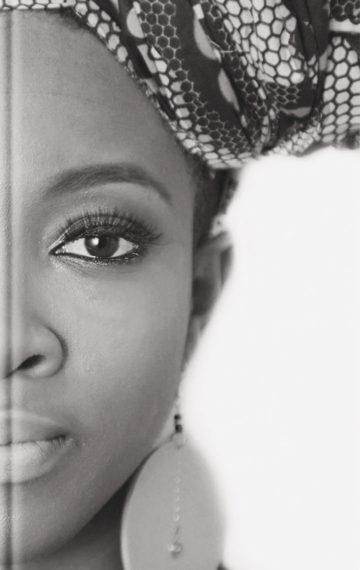 The Tuesday before the Women’s March, I stood in my kitchen, just outside the DC border, on the phone with my eldest son.

“Of course,” I said, figuring he meant himself and his wife.

Ah. That last bit of information gave me pause. I hesitated, not because I dislike Sonya (in fact, I think Sonya’s pretty spectacular), but rather because I didn’t know how to ask about sleeping accommodations.

That was a lie.

Sonya, you see, is non-binary. That means that Sonya doesn’t identify as either male or female. That also means, for me, a conversational thicket. Let me be clear: I have absolutely no quarrel with gender ambiguity. Grammatical ambiguity, though, kind of ticks me off.

Oh, I saw the problem. Someone nonbinary doesn’t want to be referred to as “he” or “she,” when that person isn’t either. I got that, and thought it a dilemma warranting a solution. But for me, using they to refer to one person was no answer. Surely you see my point?

Son: “They are coming for dinner.”

Mom: “Great! How many places shall I set?”

Or, rather, in this case,

Son: “They are coming to stay.”

Mom: “Great! How many air mattresses do I need to set up?”

This seemed, to me, like needless confusion. There are virtually infinite words available to be created as nonbinary pronouns. Why co-opt one that’s already in use? Why not come up with something completely new? I said as much to my son.

Well. Indeed it does.

Starting to consider that perhaps I was taking a stand on an issue I didn’t fully understand, I did some research. And as it turns out, I’m a little late to the party. The American Dialect Society declared the singular they as the 2015 word of the year, writing, among other things:

The use of singular they builds on centuries of usage, appearing in the work of writers such as Chaucer, Shakespeare, and Jane Austen. In 2015, singular they was embraced by the Washington Post style guide. Bill Walsh, copy editor for the Post, described it as “the only sensible solution to English’s lack of a gender-neutral third-person singular personal pronoun.”

Okay, I got the idea. But—I admit—I still didn’t embrace it.

Fast-forward to the weekend of the march, at which I set just one plate for Sonya, and provided but one single pillow. We all marched together, chanted together, stood up for human rights that matter not just to ourselves, but to each other, and to folks we’ll never meet. The march was powerful, positive and empowering.

Late that evening, still exhilarated and pondering the wide swath of humanity with whom I’d spent the day, I decided to ask Sonya about the pronoun issue.

“Can I ask you about something personal?” I asked.

“I don’t have to be ‘they,’” Sonya said, rather patiently, I thought. “You can call me one, ze, sie or hir, if that makes you more comfortable.”

The last part of Sonya’s sentence let me finally see the perspective that I’d thus far missed: my clinging to old-school grammar was just wrong. How I refer to Sonya—especially, an identifying pronoun—can’t be about what makes me most comfortable. My words should be those that make Sonya most comfortable.

I have my pronoun. I’m a ‘she.’ No ambiguity for me, so being referred to as such doesn’t make me feel invalidated, invisible or whatever Sonya must feel when spoken about in either of the only two singular pronouns we have, neither of which describes Sonya.

I do still think that non-binary pronouns would garner broader acceptance faster, if the pronoun wasn’t a toe-stub for anyone at all. But having finally considered a point of view other than my own—the point of view by the person most affected by my language choice—I’m officially finished with my muttered grammatical rants, every time my son mentions Sonya.

In fact, next time I talk to my son, I’ll make sure to tell him how happy I was to see them.