You are here: Home / Library / Dining On Our Fears 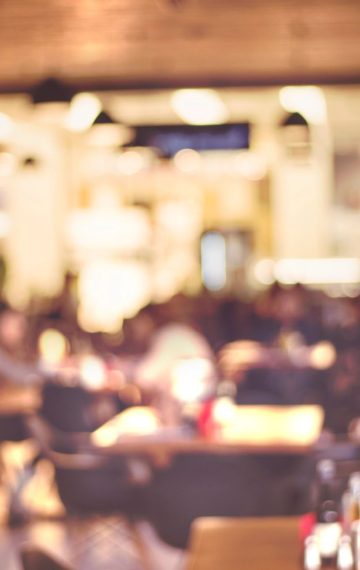 Last evening, nine other women and I — all “of a certain age” — stood awkwardly in a mutual friend’s kitchen. I knew two of the women in passing, but had never met the others, and they didn’t know each other, either. I looked at them, assessing; all were nicely put-together, tasteful makeup, attractive clothing. Nothing over the top. Just a group of confident-looking middle-aged ladies, I concluded.

Ordinarily in such situations people make some kind of effort to break the ice, right? Not this time. We were there for dinner, but this dinner, a “Jeffersonian dinner,” had rules.

1. The host(s) invites a dozen people who don’t know each other well to dinner.
2. The hosts choose one topic, and send it to the guests in advance of the meal.
3. That topic will be the sole subject discussed at the table. No side chatter, no whispered
asides … just an exploration of one topic.

When I had gotten the invitation, I think I replied before it finished landing in my inbox. I didn’t consider sitters or schedules; I knew I’d get myself to that table, because of the intriguing format, and because of the challenging question:

“Well, I’m afraid of this question!” I had typed back. “But, in!” I hit “reply,” then balked, thinking that I really didn’t want to participate in a maudlin, unmoderated group therapy session with a bunch of strangers. Still, the evening was billed as a discussion, so I pushed aside my concerns and let the topic simmer in my thoughts, wondering what to say.

As we stood in the kitchen, one of the two hostesses asked us to introduce ourselves, which we did. We all followed the same format: first name, whether we had children, our ages (50s and 60s) and profession. In attendance, there was the head of a nonprofit, a psychotherapist, a local politician, a media professional … you get it, right? An accomplished bunch.

I was kinda nervous.

The hostesses had set out a buffet, so we filled our plates and sat down. One of the organizers thanked us for attending, then said, “Okay. Let’s start with opening statements, we’ll go around the table, talking about our fears, then we’ll open up the discussion. I’ll go first.” She looked at her plate, then at each of us, and we began to talk.

Each woman’s story started with, “Well, I’m afraid of…..” Each woman’s story was different. But each touched on not just a fear, but also the trauma that informed it: an instance of pain, sorrow or disappointment.

Then it was my turn. Taking a deep breath, I spoke:

“I’m afraid of my appearance,” I said softly, glancing around the table. “I mean, when I was younger, I was all about how I looked. How appealing I was, how much attention I got. I went from high school to college to marriage to motherhood, and never tried to figure out who I was, or what I was capable of, beyond being decorative. I’ve been divorced for five years now, and I’ve used that time to ask myself some of those questions.”

I paused, took a fortifying sip of red wine and continued. “Well, it turns out that I’m a writer. And that I am really smart. And that I can stand on my head.”

“So now I’m 50. I like who I am, for the first time, ever, I think. And it doesn’t have much to do with my appearance. Here’s the tricky part: being a total babe isn’t really available to me anymore, you know? Even if I wanted it? Which I don’t think I do. But I’m afraid that if I choose to find a partner at this stage in my life, I’m afraid that I don’t know how to be loved for my mind. Or, for just … me.”

As with the other women’s stories, when I finished there was a respectful silence as the group absorbed my words.

Then the woman to my left asked me gently, “So why are you afraid of your parents?”

I looked blankly at her. “My parents?”

“Yes. You said you were afraid of your parents.”

After a bewildered moment, clarity dawned. “No! I said, ‘my appearance!’” This time I enunciated. “Not ‘my parents’!!’”

Oh, we talked for a long time, offering each other support, insights or just an ear. The discussion wasn’t group therapy and it wasn’t maudlin; it was a group of human beings sharing the experience of being, well, human.