You are here: Home / Library / Does This Bus Shelter Make Me Look Fat? 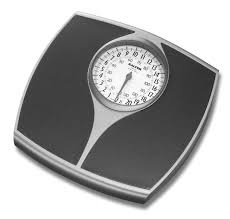 Last week, I overheard a conversation in which an enormous, middle-aged man — not just tall, but carrying enough girth to be easily considered morbidly obese — was talking about weight loss with a few other men. They were sitting around a table at Bethesda Cares‘ Drop-In Center for the homeless.

“Yeah, I was doing okay for a while, there, but then the winter just messed me up. It was just such a bad winter, so cold, so hard to keep your head together, you know? Like, losing weight was the last thing on my mind.”

The other men nodded, muttered in agreement.

“I’m on it, now, though,” the large man continued. “I’m going to come in here every day, get me some oatmeal for breakfast, then just have some of your salad at lunch,” he said, nodding at Blake, Bethesda Cares’ long-time lunch coordinator.

“I got no salad today, my friend” Blake replied. “Today’s Chinese food, that family that sets us up every year for a Chinese New Year lunch, they’re coming in today, because last month, Chinese New Year, they got snowed out.”

“Oh! Those people? They put it out,” another man said. “We’re talking a feast.“

The large man’s face fell, but Blake, noticing, reassured him. “It’s alright. I’ll take care of you. I’ll make sure I save you some steamed broccoli, that’ll be good for you. No salad today, but the broccoli will do you right.”

The man thanked Blake, and the room fell silent. Then the man spoke again. “Hey. Did you hear that ‘Steve’ is getting a key today? He’s getting a place of his own?”

Yep, everyone in the room knew that Bethesda Cares was helping Steve move in to an efficiency that afternoon, after more than a decade on the street.

After some nods of agreement, the conversation moved on to sports statistics, so I admit, I tuned the men out.

The man in question has been homeless, except for a few stretches, for pretty much his entire adult life. He’s struggling to control his diabetes and his weight, either of which could kill him. He sleeps at a Metro station, gets only whatever breakfast and lunch we’re able to provide for him, and does who-knows-what for dinner.

At Bethesda Cares, we do our best to supply our clients with fresh produce and lean protein whenever we can, and our daily program always offers a balanced hot meal. But the fact is, much of the food donated to us is starchy; we get a lot of day-old pastries, and give out a lot non-perishables, for clients to take with them in case they are hungry overnight. And even our best efforts are nowhere near as useful as a carefully-stocked fridge always a few steps away. In reality, people with little or no income are forced to take what they can get, regardless of their preferences or health issues.

A matter of vanity, rather than life-or-death, I myself have been in a half-hearted struggle to lose a few pounds for the last year or so. I have ready access to good, fresh produce and a refrigerator in which to store it; I could even probably exercise every day, were I so inclined.

In all these months, with all these resources, I haven’t managed to make the loss happen. How in the world could he?