You are here: Home / Library / Holding My Breath 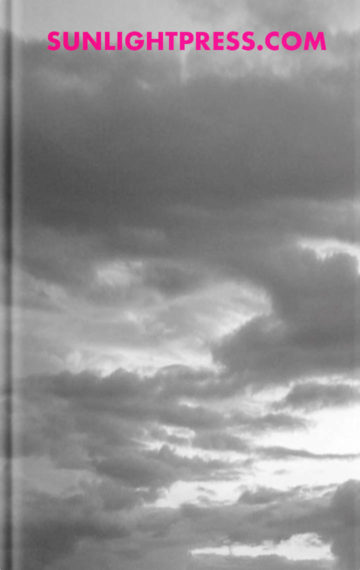 The spring sky was a thunderous gray. A lingering winter chill prickled the back of my neck.

Maybe it was a warm, overcast spring day and the chill was the ice in my veins?

Prepared statements in mind, vetted by our marital counselor and role-played until she said we had them down, my then-husband and I asked our two older children to join us in the kitchen. Our son, 16, was reemerging from several years of brooding teenaged silence. Our daughter, 12, was rocketing into an already-incendiary adolescence. Our youngest, 2, was napping.

Seated, the older two reacted with defensive sarcasm to the gravitas with which we faced them.

“Football season cancelled?” guessed the other.

“Children,” their father said. “Your mother and I need to talk to you.”

Falling silent, the children’s eyes darted about. My ex and I rarely argued, so likely the children hadn’t noticed that our communication—forged from when we’d met at 17–had crumbled.

“Come on. You’re killing us here. Did someone die or something?”

I forced myself to speak. “Guys, things aren’t quite right between your dad and me.”

“What does that mean?” My daughter paled.

“We love you very much,” I continued.

“We both do,” their father added.

“Are you guys getting divorced or something?” my son blurted.

I saw his words italicized, a bilious green, floating above our heads. My daughter pulled her knees up, wrapped her arms around her shins and rocked back and forth. Our facades faltered with theirs. “No, no!” I rushed. “It’s a separation. A trial separation.”

“OhmyGodOhmyGodOhmyGod,” my daughter whispered. Her brother wrapped a protective arm around her shoulders. “It’s okay,” he told her. “It’ll be okay.” Probably he was telling himself, too.

My legs trembled as I watched their expressions harden, their childhood innocence evaporating before my eyes.

The discussion marked the beginning of a long, dark time. We didn’t explain the situation to our toddler, hoping he might escape unscathed, might not even really notice the change. Children are resilient, right? That’s what I told myself, desperate to keep his innocence untouched.

Following a wordless evening of pizza and videos, we each retreated to separate rooms. Locking my bathroom door, I turned on the exhaust fan, blasted the shower, curled up on the cool tile and wailed. I mourned for the marriage I’d thought eternal. I cried with fear that I would wither on my own. But mostly, I grieved for my children.

We all walked on eggshells except the toddler, blithely unaware of the seismic shift in his life’s terrain. Stress levels were high. My own thoughts were a muddle of guilt and misery, but I fought to project the calm and stability the children needed.

My daughter’s despair was visible. One night she came to me in tears. “Is it because I pierced my ears?” she sobbed.

“Is what, because you pierced your ears?”

“Did Dad leave because he didn’t want me to pierce my ears?” She howled in self-torment, but nothing I said reassured her that our separation wasn’t her fault. Maybe feeling she’d done something wrong let her feel she could do something right and change the course of her future. Sadly, she could not. Maybe that was more terrifying than the truth: divorce really isn’t about the children. Ironically, it eviscerates them.

I ricocheted between despairing that my marriage was over and trying to repair it. The older children bounced among sadness, anger and denial. We were all holding our breaths.

“I intend to divorce you,” my husband finally said, an icy edge to his voice, an anvil to my chest. I again saw words suspended near the ceiling, this time his, in steely capital letters, a “kersplat!” in the old Batman show. Gathering speed, the letters disintegrated, as did my very soul.

Time for another discussion with the children. This one was shorter than the first.

“Yeah. At least now we know. Anything’s better than not knowing,” my daughter said.

Again: no announcements to the toddler. Now seven years hence, the older two have moved out. I think they’ve moved on. I hope they’ve moved on. On the surface they seem to have; they have their own lives. They seek solace from their peers, not their mom. I figured I’d pretty much healed, too.

Recently, though, my little guy is struggling. Now 9, he is forthright in sadness and anger over the divorce. He fervently wants me and my ex to reconcile:

“I want to see you both at the same time.”

“You get along. Why don’t you get remarried?”

“I hate your divorce.”

What provoked these outbursts? Why now? Is this his way of trying to see his father more frequently? Is he finally old enough to mourn the intact family he never really had?

In the past year, my ex had back surgeries. Had I not driven our youngest to visit, they would barely have seen each other. So three or four times, I took him to see his dad. My ex and I now get along well enough that we three sat down for several dinners of take-out food. Perhaps our youngest now sees reconciliation as suddenly possible. Maybe he had a taste of what he thinks he is missing: the happy family dinner thing.

Regardless, I was wrong about our youngest. Far from skimming through the divorce unscathed, he has a well of unresolved hurt. Witnessing the loss in his eyes has torn open the scar covering my own wound, shimmering in its raw power. I’m not where I was, no more secret sobbing for me. But apparently I’m not past that deep chasm of guilt at having caused my children such pain.

Maybe these conversations with my youngest, once withheld, were inevitable. Maybe coaching him through this pain is the last piece, for me. Maybe, when he moves past his hurt, I, too, will be free to move past mine.