You are here: Home / Library / Homelessness and Angels Unaware 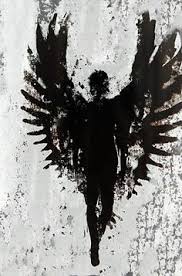 Thursday morning, a volunteer beckoned to me as I walked down the hall at Bethesda Cares. “You’ve got to see this client’s drawings, Amy,” she said. “They’re incredible. And he does them with both hands.“ I looked at the drawings, and totally agreed. They were powerfully-rendered ballpoint portraits on what looked like scrap paper, with delicate cross-hatching defining the faces he had sketched. I then looked across the room at the man who had drawn them; I had not seen him before and did not know why he was at our Drop-In Center. When the volunteer told me that he is sleeping on the streets, I raised my eyebrows slightly, surprised.

I write today, reader, because of that moment of surprise, of which I am somewhat ashamed.

When will I learn to stop prejudging people? When will I stop underestimating the depth of character, interests and abilities in people experiencing homelessness? I have been working at Bethesda Cares since May (I’ve been a human being for longer than that), and have seen over and over again that people sleeping on park benches may well have artistic talent, or college educations, or have traveled the world.

Well, really, why wouldn’t they?

When I reframe that question, the answer appears. If I ask myself why people end up on the street, if I look at who are “the homeless,” I see the truth more and more clearly: they are us. We are them.

Accepting that truth has to do with acknowledging peoples’ pasts, I think. In the last six months, I have met men and women experiencing homelessness who are currently coping with addictions, suffering from mental illness or with other kinds of disabilities. But think about it: Not one of those people was always in these particular shoes. Each once was a child. He had hopes, she had dreams. And then maybe something happened, or something didn’t happen, or a whole series of somethings did or did not happen… and his support systems failed, or she chose not to use them.

I, and I suspect maybe you, react to frightening, negative news and experiences around me by reassuring myself of why I am different, why “that could never happen to me.” Cancer? Not likely; I drink green juice. Someone breaking into my house and stealing my stuff? Nope, I have a security alarm. A busy mom left a sleeping baby in a hot car? Never. Just, never.

But life takes turns we do not expect, situations devolve in ways we don’t anticipate. An elderly man’s choices leave him destitute; he has four adult children but is unwilling or unable to turn to them for support. And so he is on the street. A college graduate becomes addicted to substances that destroy both his reason and his ability to care about that destruction; he alienates his friends and his family. And so he is on the street.

In other words, “homeless” is where some people are, today. It’s not where they were, or where they will be. “Homeless” can define a time in someone’s life, but it can never define who that person is.

I’m never surprised by depth of character in a friend or neighbor. Time to stop gasping when the guy on the park bench exhibits it, too.

P.S. Did you get the reference, in the post’s title? “Be not forgetful to entertain strangers: For thereby some have entertained angels unawares.” Hebrews 13:2