You are here: Home / Library / I Thought My Son Was a Slacker, But It Turned Out He Had a Disability 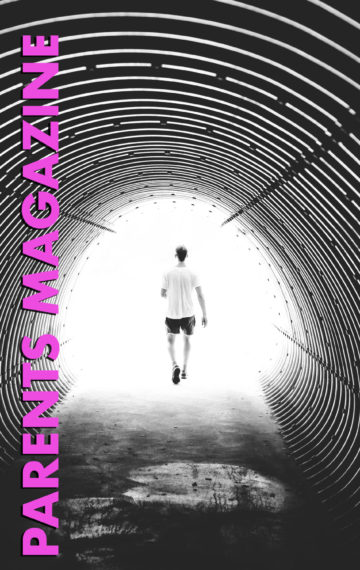 I used to blame my son for his behavior and get frustrated when he wouldn’t focus. After a psychologist diagnosed him with a disability, I realized I needed to change how I parent.

A psychologist placed two white sheets of paper on the table in front of me. One page held a complex geometric line drawing, its crisp angles obviously computer-rendered. The second sheet held a wobbly hand-drawn penciled facsimile of the first drawing, heavy on detail on the left side of the page and petering out by the middle.

My 11-year-old son’s task was to copy what he saw. If I’d copied the drawing, I would have muttered something like, “Okay. Big square in the center, line down the middle, rectangle in the bottom right corner,” as I drew. My son’s approach confused me. Why start at one edge, rather than drawing a framework?

The psychologist said she’d put the drawings away and had him do an unrelated sequencing activity. A half-hour later, she gave him a pad and asked him to recreate the earlier drawing. She slid the result in front of me. His new drawing was barely recognizable as a copy of the earlier one.

“He didn’t organize the information in the first image, so it wasn’t accessible to him in a useable form,” she said.

I shook my head. “He doesn’t have learning disabilities. He started reading when he was 2. I have it on video.”

“He’s 2e—twice exceptional. He’s both gifted and disabled. 2es are good at masking challenges,” she said.

“There must be some mistake.” I leafed through the rest of his neuropsych test results, knowing there wasn’t. I’d pushed to have him tested for a reason, after all.

My son is the youngest of my children and my husband and I split when he was 3. Raising him, I was tired and sad. But as with my older two, I read him Winnie-the-Pooh, took him outside to finger-paint, and sang him “Twinkle, Twinkle, Little Star” at bedtime.

Now and then, I saw a developmental hiccup. A preschool teacher told me he couldn’t draw a diamond, which could mean small motor issues. He could snap tiny Legos together though, so I dismissed her comment as helicopter teacher-ing. When he started to write, he used his own system for forming letters, loopy and irregular. I assumed he’d figure it out. When I gave him a list of tasks (brush teeth, put on socks, bring down backpack), he’d do two out of three. I thought he wasn’t listening.

Because my older kids developed typically, I blamed myself for my youngest’s early struggles. Maybe he saw that I was distracted in my applause and thought I didn’t value his artwork. Or I was jaded from raising his siblings and hadn’t spent enough time playing with him. But as his kindergarten effort grades gave way to erratic achievement grades in his elementary years, I started to blame him.

“How many times do I have to tell you? Put your homework in your binder as soon as you finish,” I would tell him. Or “You had two weeks to get that report done!” and “You need to focus.”

I tried reward charts, pep talks, and stern lectures. I double-checked his assignments, reviewed completed homework and quizzed him for tests. I felt his frustration when his efforts fell short. He wanted to achieve and sporadically, he shone. But nothing helped for more than a week.

Then his math performance nose-dived. Sometimes he was careless. Other times, he didn’t understand the question, and occasionally he added wrong because he hadn’t lined up numbers in neat columns. His errors had no pattern, so no one knew how to help him.

The teacher, who had met with a learning specialist, moved him to a lower math class. When I told him her decision, he cried.

In the months since his 2e diagnosis, I’ve put supports in place. His math teacher adds “show your work here” spaces on his tests and his science teacher puts one question per page on his quizzes, rather than four. He’s working with a “homework helper” and learning to backstop himself. All his teachers have been briefed in the futility of exhorting him to “try harder;” he needs to try “differently,” not “more.”

At home, I’ve seen him whack the side of his own head, as though trying to shake something loose, or knock it into place. I’ve caught myself staring at him, as though if I look hard enough, I’ll understand how he thinks.

My earlier words still spool through my mind, although I’ve changed how I speak to him. When it’s his turn to do the dishes and he leaves two spoons in the sink, I tell him to go finish up and don’t ask why he didn’t do the whole thing the first time. I give him one task at a time, not three. I don’t say a word if his tying his sneakers makes us late.

I don’t know how well all these changes will help him in the future, or whether my apologies make amends for the past. And as I look around my own life with fresh eyes, I can’t help but wonder who else’s limits I’ve misjudged.