You are here: Home / Library / Not Just Another Staff Meeting: Planning a Memorial (Part 1 of 3) 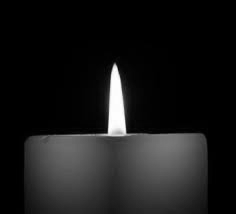 The email preceded the staff meeting:

“Clients are asking whether we’re going to have a memorial for Tony.”

A soft-spoken, charismatic man who had lived on our streets, off and on, for 27 years, Bethesda Cares had placed Tony into housing a year and a half ago, after a two-year stretch living at a metro stop. I had actually met Tony before I even worked at Bethesda Cares, when he was panhandling and I stopped to talk to him outside a parking garage. I’d witnessed his trajectory out of homelessness and shared staff’s hopes for his future.

Frankly, I really liked this guy.

But he was a statistic waiting to happen. People who suffer homelessness are likely to die 25 years sooner than the general population, even if they are ultimately housed. The price of those years of misery is not easily undone, and now, just in his mid-fifties, Tony is dead. I’m told he has family, somewhere, but the people who grieve his passing are the rag-tag community that is our staff, the people we housed, and people we’re trying to help off the streets.

And he’s not the only one who has died. The fact is that we have endured more than a half-dozen of our clients’ deaths in the past year or so, some who were housed, and others who were not. Is it the toll from the physical stress from battling the elements? The constant lack of sleep? Uneven nutrition? Inadequate medical care?

Or is it the shock of letting go, once finally housed? Does the body simply collapse, once a person is safe, once he can lie in a bed, to sleep without fear of intrusion?

I’m not a scientist, that’s for sure, and undoubtedly there are those in the field who have studied this question. But I know that feeling on a smaller scale, don’t you? The times that you hold yourself together in times of great stress, and when the stress passes, well, sometimes you kind of fall apart, you know? At least I do. And I wonder, I do wonder, what a shock to the system it must be to be able to finally let down your guard.

So at yesterday’s staff meeting, we planned a memorial service for these fellow humans who’d otherwise have none. We’ll hold it not just for Tony but for all those who died, because they deserve the dignity of remembrance. We’ll hold it for the living, who need the closure a service can bring. And we’ll hold it so our clients know that, should their times come sooner than later, we will both honor their lives and mourn their deaths.