You are here: Home / Library / Punked 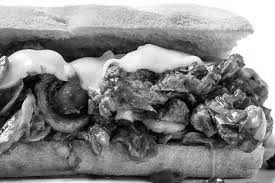 Walking back to work after lunch yesterday, I came upon an unkempt man lying on the pavement by my office door. Let’s call him “Jasper.” Jasper was reclining on a newspaper, a cardboard carton brimming with papers wedged by his right leg. I stopped, peered into the grocery bag in my hand, looked up and offered him some blueberries.

Jasper squinted. “Is each berry individually wrapped in steak and cheese?” he asked me.

“Then, no thanks,” he replied, eyes bright. “Are you native-born? Do you know what that means?” An abrupt conversational pivot, sure, but not unexpected, with Jasper. I said that I do know, and that I am.

Jasper nodded, satisfied, and then he asked me whether I might help him “find the knob that turns down the decibel level of the traffic going by.” This time I kind of stuttered my reply, and Jasper burst out laughing. “I’m pulling your leg, Amy! There is no knob to control traffic sounds! Duh!” Actually, he wasn’t laughing, he was cackling.

I’d been punked. By a paranoid schizophrenic living on the streets.

If You Don’t Notice Him, Does He Exist?

Jasper’s a client. I am a recent hire at Bethesda Cares, a homeless outreach program in the heart of tony Bethesda, Maryland, one of the wealthiest towns in the one of the wealthiest counties in the country. Downtown Bethesda, via whatever committees decide such matters, has done a splendid job of keeping all but very select chain stores out, in carefully regulating storefronts and in dotting public spaces with fountains and sculpture; all in all, the commercial area is rather charming.

Well, charming for most.

At Bethesda Cares, we work with the most vulnerable members of our society: people experiencing chronic homelessness, living unsheltered in a park, in a metro station, at a bus stop. (Note: One does not say “homeless man,” one says “a man experiencing homelessness,” because the former defines the entire person, and the latter identifies the conditions in which he is living).

When I tell people where I work, a disappointing but distinct number of people, whom I would otherwise consider clued-in, invariably get a kind of glazed look in their eyes, tilt their heads to the side, go a bit slack-jawed and say something like, “Whaaaa? Homeless guys in Bethesda?”

Yes, Virginia, there are people experiencing homelessness, right in the shadow of a busy Lululemon.

One woman at my downtown yoga studio — sure, I help keep Lululemon in the black — took it a step further when I described my new job: “Wait, where did you say your drop in center is?”

I told her: just 3 short blocks from the studio, lunchtime workout opportunities!

She paused, grimaced: “Don’t you think that encourages those people to hang around here? I mean, they steal. They…I don’t know. Shouldn’t you move your offices, say, to Rockville?” she asked, referring to a notably less affluent city a few crucial miles north.

I explained to her that the concept of leper colonies died out after the Middle Ages, and maybe oughtn’t actually apply to, say, war veterans living on the street with PTSD, or someone with debilitating mental illness. I wanted to tell her that people in pain — physical or emotional — deserve our support, not being ridden on a rail out-of-town. I was ready to show her why the economics of housing someone are hugely superior to having him consume emergency services.

But she had drifted off after “leper.” I suspect that was the only word that she heard.

As I type this, I’m debating whether to bring Jasper a cheese steak sub tomorrow. Chances are if I do, he a) won’t remember the exchange from yesterday; b) didn’t mean it anyway; or c) will only eat the sub if I douse it with blueberry puree. And regardless, I’m thinking he’s going to have another belly-laugh at my expense.

But I guess if that’s all I can give him for now, it’s still something.

This article first appeared in the Huffington Post in August, 2013