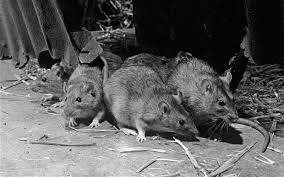 A conversation I overheard at work a few minutes ago turned my stomach. I was at my desk, at Bethesda Cares’ Drop-In Center for people experiencing homelessness, listening to a conversation between two of our clients.

The exchange started when one client mentioned the upcoming deep freeze in the weather, alerting everyone else that they need to plan ahead for where they will sleep during tomorrow night’s sharp temperature drop. These guys won’t go to emergency shelters; they hate the atmosphere of desperation and resignation, fear violence or theft, or don’t want to follow all the rules shelters must implement to keep order with dozens of homeless men in one room. So they find their own places to sleep:

Guy Two: “Yeah, but the rats run all over you. I hate that. You don’t think they bite?”

Guy One: “Naw, they just want your food. I’ve slept under bridges, seen ‘em all the time, they don’t bite you.”

Guy One: “Naw, they eat, like, flowers and stuff. You don’t need to worry ‘bout that.”

Guy Two: “Okay, then. Maybe I’ll try and find me a bridge for tomorrow night.”

I transcribed that conversation as it happened, verbatim.

What made it even more appalling than the subject matter itself — rat bites in your sleep — was the calm, conversational tones they used to exchange this information with each other, like comparing restaurants or the easiest places to find parking. Just “a day in the life” to them.

Usually in my blog posts I try to tease a lesson, or an illuminating theme, from the many striking moments I witness in my work at Bethesda Cares. I try to humanize the people we walk past in the street, to shed light on the complexities and indignities comprising the misery of their lives in hopes that we will understand and care, just a bit more. But the takeaway from this vignette is so obvious that all I can do is rant:

The fact that there are grown men and women having informed discussions about the scavenging habits of indigenous wildlife, with an eye toward their own bodily integrity, is absolutely deplorable. If anyone doubts that housing is healthcare, consider that our failure to house our people is exposing them, nightly, to rat bites.

Despite the immense talent and dedication of the many professionals in this field, and the tremendous generosity of foundations, corporations and private donors, thousands of people are at risk of early death on our streets because of our lack of affordable housing, cumbersome bureaucracies and failure to offer a mandatory living wage. We as a country, state, county and community should be ashamed.