You are here: Home / Library / Sometimes, You Just Gotta Get Away (Even If You’re Homeless) 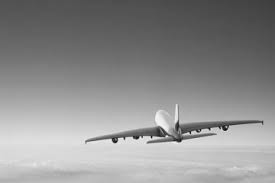 Earlier this week, a well-kempt silver-haired man in a yellow polo shirt sat at a table in Bethesda Cares‘ Drop-In Center for the homeless. He had a great winter tan, and seemed quite calm. I didn’t know him, but I assumed he was helping our clients in some capacity. At least, that’s what I assumed until his conversation floated my way:

“Where’d you get the tan, man?” the guy across from him asked.

“Got tired of the weather here,” the silver-haired man replied. “Went to Vegas.”

“No, I’m not kidding,” the man said. “This winter was awful! I kept getting sick all the time. Couldn’t take it. So I got on a bus, headed out to Vegas. Took two and a half days, but it was really worth it, I got to see parts of America I’d never seen before. Plus, you can sleep on the bus. It’s not so bad, really. We stopped in Albuquerque for a few hours, what a great little city!”

A conversation ensued about where the man had gotten the money for a bus, but I couldn’t make out the words.

“So what did you do in Vegas?” the first man asked.

“Oh, I just walked the streets,” he said, “when it wasn’t too hot out. It’s not like I had money to gamble, you know? So I stayed in a shelter there, it was great, people were really nice. No bedbugs. Plus, they had a claim-check system, you could leave your stuff, they’d give you a number, you’d just leave your stuff there and go out and do your thing without either hauling your stuff around or worrying that someone will steal it.”

The conversation shifted to a kind of Yelp-type review of local and distant shelters, evaluating their safety, cleanliness and the competency of their staffs.

I admit, my mouth was gaping as these conversational snippets drifted past me.

In the past year, I have seen people cope with homelessness in lots of different ways. Many, however, come by our Drop-In Center every day, wanting a familiar cup of coffee, expecting that lunch will be ready at 12:30. What I mean is that I see many of them work to create rhythms and routines for themselves, to attempt to live in a “normal” way under circumstances that are far from that.

I just didn’t expect that, for at least one client, his desire to normalize his circumstances rose to the level of wanting a vacation from them. But why not, right? Time to listen to my own rhetoric: there is no us, there is no them.

I guess no matter what you’re experiencing in your life, his words speak a truth: “Once in a while, you just have to get away.”