You are here: Home / Library / Tech Experiment: An All-You-Can-Screen Weekend 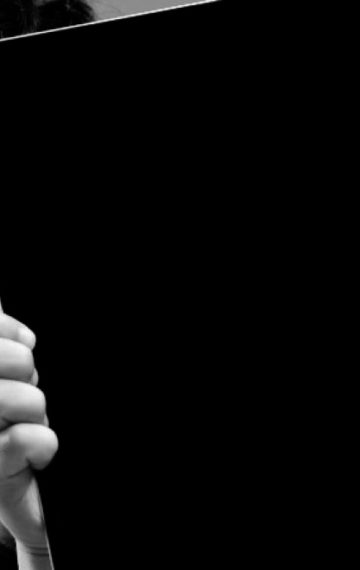 When my children were younger, I wanted to somehow engrain “moderation” into my children’s growing psyches. I was the family rule-setter, to wit: no vegetable, no dessert. Homework before playtime. Minimal junk food. Forty-five minutes of screens on school days, 90 minutes on weekends.

Whenever I saw my son at a birthday party, he’d be snarfing potato chips as fast as he could. Both he and my daughter endlessly angled for sleepovers at homes with fewer screen restrictions. In short, my rules left them chomping for more of whatever I was rationing.

And, oh, they nagged us! Couldn’t they have more screen time? All their friends did! Unfair: they had the least amount of media in the history of childhoods.

When they were maybe 11 and 7, sick of rolling the iPad screen up a hill, inspiration struck. I’d let them learn firsthand why I mandated moderation. I ran my idea by their dad, who jumped on board, too. I’d pick a rainy Saturday and I’d let them loose on their screens until they watched themselves sick. I was nervous about the process but smug about the outcome. What could possibly go wrong?

Here’s how my little experiment played out:

T-minus two days: The weather forecast for the long weekend is a total washout and none of us has anything on our calendars. Their dad is away so we won’t be upstairs fretting together about whether this was a good idea. I couldn’t create a better window to try this thing out.

I take a deep breath. Game on.

Over dinner, I clink my fork against a glass to get my kids’ attention. I tell them, gravely, that the upcoming Saturday will be unlike any they’ve experienced before. They stare at me, open-mouthed.

“This Saturday will be….” I draw out the tension, then use my best Monster Truck Rally announcer-voice “Media Madness!”

They don’t know what I mean.

Once I explain, the hooting and hollering commences. Fighting the fear that I’m destroying their academic futures, I smile benevolently at their reckless joy.

T-minus one day: Their questions are nonstop and repetitive. “For real? Television, movies and video games? As long as we want? Really? From right when we get up?”

“Yes. Yes. Yes. Yes. Yes.” Wait! A loophole. “Hang on. You can’t set your alarms to get up extra-early. You must brush your teeth and eat breakfast before you get started.” I can see from their downcast expressions that I’ve ruined their intended 5 a.m. start to the day. “And you need to eat lunch.” I’m not expecting them to last much beyond early afternoon so I don’t mention dinnertime.

I wave grandly toward the basement playroom. “Dishes in the dishwasher!” I call after them. I decide they didn’t hear me and clean up by myself.

Hour two: Haven’t heard a peep so I tromp downstairs. Their backs to each other, my daughter is playing Super Mario on our Game Cube and my son is at the desktop playing something online with swords. Neither one is slack-jawed, but neither glances up at my footfall, either.

I’ve been writing all morning. I’m embarrassed about how much I’m enjoying not having them in my hair.

Hour five: Sick of looking at my own screen, I’m reading a novel. I hear shouts of glee and frustration from downstairs, but neither child has come up for air. I’m no longer secretly pleased to have time to myself. I thought they’d be sick of gaming by now. What have I created? Media Madness was a terrible idea.

I dart glances at the clock. I’m calling a halt for lunch at noon.

After nearly six hours of straight screens, I’m expecting their moods to be, I don’t know, different? That they’ll be lost in video-land. That they’ll be less present in their actual lives.

They thunder upstairs, chattering about their mornings. In great spirits, they plot their afternoons.

“Want to watch a movie together?” my daughter asks.

“Sure! Why not?” My son grins. “How about you pick the first one, then I pick the next one?”

“What if we watch all the ‘Pirates of the Caribbean’ back-to-back?” My daughter’s eyes are wide. My son looks euphoric.

Oh, man. They aren’t bemoaning the dangers of excess. I’m the only one at the table who’s at all unhappy. Their dad texts to see how it’s going. I send him emojis: two zombie skulls and a frowny face.

Hour nine: They’re going strong. I’m starting to crack. How have their brains not exploded?

“Okay. Enough. Shut it down, please.” I brace myself for their protests

Astonishingly,my son reaches for the remote and Johnny Depp vanishes from the screen. My daughter yawns and rubs her eyes. My son lies prone and shuts his.

Were they feeling the effects of over-indulgence?

Was I right after all?

Maybe this marathon had served as the life lesson I intended?

My son opens his eyes, looks at me. “That was awesome! Can we do this again next week?”

The aftermath: The next day, the children returned to our regular media rules without complaint. The media marathon didn’t seem to have fried their brains or turned them into zombies.

In the days that followed, they spoke fondly of Media Madness, like remembering a trip to an amusement park or staying up late for fireworks. When they asked whether we could have another (after my son’s initial blurt), they used words like “someday” and “at some point.” On their own, they seem to have realized that Media Madness was an outrageous indulgence, not a great way of living.

Their dad and I, of course, gained legendary status among their friends.

So now, two or three times a year, when rain is falling and homework is done, Media Madness descends on our household. I still think I’m teaching my children to embrace moderation. But as it turns out, learning moderation includes coping with excess.