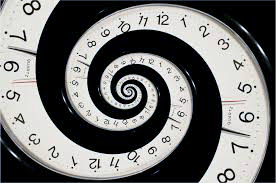 Have you ever seen the movie, The Shawshank Redemption? Written by Stephen King, it’s the story of the prison yard friendship between a man unjustly sentenced to two life terms in a state penitentiary (Tim Robbins), and a career inmate (Morgan Freeman). What makes the tale so compelling, at least to me, is its exploration of time and hope, and their affects on each other.

Early in the film, Tim Robbins’ character first walks into the prison where he is to spend the rest of his life. He stands in a miserable cement courtyard, and says something like, “As I stood there, I counted out 20 seconds. Twenty seconds served, out of the rest of my life.” The power of the moment was not in just the enormity of his despair, but in the brilliant encapsulation of the vagaries of our experiences of time.

Time is, of course, a constant, but our perception of the speed of its passage shifts dramatically depending on what we are doing. Watching a good movie? It’ll be over before you know it. Renewing your driver’s license? It might take you the same length of time as watching that movie, but it’ll feel a lot slower.

But I already know that, and you know it too, reader.

What struck me this week was how phenomenally slowly time must pass if you are experiencing homelessness, when all you are trying to do is to make it through to the next day, every day.

What makes time creep for those of us with homes? Maybe it’s when we are waiting for something. Waiting for a traffic light to turn green, waiting for an airplane, waiting for the results of a biopsy… those minutes linger. With nothing to distract, with the simple goal of wanting seconds to turn to minutes and to hours and to days, time looms larger.

I think people experiencing homelessness wait around a lot. Last week, by our fourth day of steady, cold rain, I felt like I could actually see our Drop-In Center’s clients just… waiting. Waiting for the rain to stop. Waiting for our meal program to open for lunch. Waiting for something to change.

When you are waiting for something for which you are hoping, the equation gets trickier. Says Morgan Freeman’s character, to Tim Robbins’: “Hope? Let me tell you something, my friend. Hope is a dangerous thing. Hope can drive a man insane.”

This summer, I saw hope almost crush a man: Day after day, “Joseph,” an older man, silently took the same seat at the same table at our Center. He always looked down or read, rarely addressed the people around him, never accepted the produce I’d offer. “C’mon, ‘Joseph,’” I’d urge. “Vitamin C! Nutrients! Fiber!”

He offered me nothing. Not even a cursory nod. He just sat, frozen, as the minutes and hours ticked slowly by. He was waiting for approval of his housing application, and the waiting and hoping, combined, almost paralyzed him.

After months of hoping, waiting and maybe praying while the housing bureaucracy ground on, Joseph got the news: He was to move into permanent supportive housing.

He moved in to his new digs on a Friday, and I saw him at our offices the following Tuesday. Lounging in our doorway, no longer sitting at the table, he stood tall in a navy blazer, despite the summer heat. When I went to congratulate him, he reached out to shake my hand, looking me in the eye. His gaze was level and focused, his eyes a brilliant, lucid blue. I asked him how things were going; he told me he had woken up that Sunday wanting to bake bread.

He had stopped waiting, and now he was just filled with hope. I tell you, meeting his glance that day was a moment I will not soon forget.

During last week’s four-day rainy spell, everyone around me at work seemed stir-crazy. Staff, clients, volunteers — everyone was watching the clock, watching the skies. Some of us were waiting, some of us were hoping. I don’t know what the balance between the two was for anyone but me.

But on the third day of cold, incessant rain, I saw one guy at our Center drop to the floor, pumping out push-ups. It made me think of what I imagine inmates do in their cells, to pass the time. To me, he looked like he was waiting, without a glimmer of hope. As I watched him crank out the reps, I wonder whether he felt as trapped, with no walls, as Tim Robbins’ character did within them.