You are here: Home / Library / To the Parents Who Freaked Over My Piece About Giving iPads to Kids in Restaurants 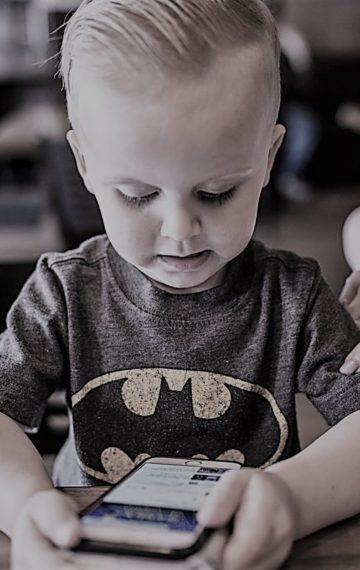 Note: the editors toned this WAY down. Alas.

To the Parents Who Freaked at My Article Against iPads in Restaurants,

Wow. Seems I struck a nerve! Rather, a lot of nerves, going by your numerous comments. Thought I’d take a moment to address some of the reoccurring themes:

“To the Parents” Opening:  Some of you seemed to think I was writing in response to one incident. However, my directing the article “to the parents” wasn’t aimed at the one and only time I saw parents doling out iPads in restaurants. One family wouldn’t have prompted an article; that would be a parenting anomaly, not a trend—which is what the piece was really about.

To clarify, I wrote not to one family but to the dozens and dozens of parents I see plugging in their kids in restaurants, on the highway, on the metro, in doctors’ waiting rooms and even in strollers. (Think I’m exaggerating? Check out the Baby Bee-Haven—a stroller-cum-iPad (“Whether you’re running errands or waiting in line, sometimes mom needs to keep baby entertained on the go.”) In fact, you can even now plug in your infant’s bouncy seat, ideal for the baby for whom taking in the real world just isn’t enough, I guess.)

Special Needs: I know that devices are a godsend to parents with special-needs children, both in terms of education, communication and behavior.

To those of you coping with genuinely complex parenting issues, I extend my heartfelt empathy. To the majority of you—parents of neuro-typical children white-knuckling those devices—not so much.

Yet I do know that generations of parents have dealt with death, illness, financial crises, crimes and other horrors without deliberately bringing their children into their presences and then choosing to disconnect from them. Coping with pain and children simultaneously is eminently doable. And arguably, if you’re under a ton of stress, your children likely sense that and might need your reassurance and attention all the more.

Modern Crayons: Some of you posited that iPads are the modern-day equivalent of giving your child crayons while you wait for your food.

Nope. Not even close.

Although too early to be settled science, multiple researchers report that too much and/or too early exposure to screens can permanently damage brains’ neural development. I hate the idea of we, as a generation, rolling the dice on this one.

“Would You Rather”: One of my own favorite complaints, a number of you asked whether I’d rather have your child on an iPad or misbehaving at the table beside me. One would think that either screens or bad behavior are the only two options available.

Placating isn’t teaching behavior; please don’t buy your children’s silence in my name. If that’s the path you choose, rock on. But that decision rests on your doorstep, not mine.

We Have No Sitter, What Else Can We Do?:  First, iPads are not babysitters.

Second, want the flesh-and-blood kind of sitter but don’t have the money? Start a sitting co-op in your neighborhood. Swap with another mom. Buy one fewer game and hire a teen.

Sanctimommy: A lot of you got your backs up over the “Yeah, I’m f’ing judging you” line that was all over social media. Here’s the thing: I didn’t write that sentence.

An editor added the judgment line without my knowing. By the time I saw it posted and asked to have that language taken down, that ship had sailed.

Obviously, you had no reason to suspect those words weren’t mine. But, please—take a moment and reread the actual article. (Or in the case of the commenter who wrote “I don’t need to even read this to know what I think,” maybe read it even once before you respond.) It’s opinion and suggestions, not judgment.

In the end, your strenuous responses to that piece convince me that lots of you are making choices about which you’re feeling defensive. So this time, I’ll say it plainly: Too many of you are using devices as crutches. And if seeing your reflection in this article troubles you, consider taking the advice of a digital mom who also raised kids with limited screens. It’s really not that hard to do, and the rewards are many. Promise.

This piece originally appeared in Mom.me on July 7, 2017.