You are here: Home / Library / You Are Not Raising a Brat. I Promise You. 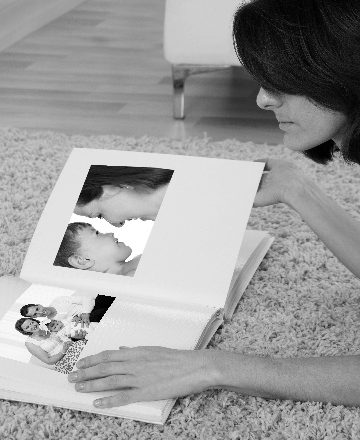 Hollering and a door slam.

Shell-shocked, you sit at your kitchen table, head in your hands. Who is that horrible teen now under your roof, and what has she done with the sweet child you thought you were raising?

Permit me to state the obvious: Raising teens is tough. My two older children, now in their early twenties, each seemed to develop signature methods of making me miserable. The previously jovial son became sullen and withdrawn, staring at me in silence when I made the mistake of asking how his day had been, before he disappeared into my basement. My daughter who had been so wonderfully gregarious developed incendiary language as her tolerance for my mere existence reached a low ebb.

Am I Raising a Brat?

Until we actually got there, I’d assumed that the decent relationships I had with my children would help us skate past a lot of the stereotypical teen troubles.

Some of our exchanges were incredibly taxing. And I missed hanging out with the kids they had been! But maybe worst was my fear that somewhere along the line I’d totally blown it: I was raising a brat. No, two of them! Honestly, how could anyone treat me the way they did and turn out to be loving adults?

[Spoiler alert: they did turn out to be loving adults. But times were tough and I was worried they wouldn’t.]

Finally, I found some reassurance from two very different sources.

Photo albums. I came upon the first during a bracing fight between my teens. For once, their anger wasn’t aimed at me, so I’d skedaddled upstairs. Feeling a bittersweet longing for days past, I’d shut my bedroom door and sat on the floor with an old photo album. I looked at shots of us grinning on vacation, of them jumping in the leaf pile I’d just raked, of blowing out the candles on birthday cakes we’d made together. They were happy. Funny. Polite.

Hang on. These pictures weren’t just memories. They were evidence. Proof that I wasn’t misremembering. They were good kids. Their cores were what I thought they were.

But what had happened to those cores? Had they been temporarily buried or permanently replaced?

Other parents. After only a few days had passed, I discovered my second source of reassurance: the mothers of my teen’s pals, who saw my child without me around.

Three of us ran into each other in the supermarket. I’d lamented the poorly-behaved children now inhabiting my house. Both mothers had raised their eyebrows.

Where Did My Kids Go?

“Really?” one mom said. “Because she’s always quite polite when she’s at our house.”

“At mine, too,” the other reported.

I was as surprised as they were. Apparently, my kids’ angst was aimed only at me.

But why, for Pete’s sake? What had I done, other than make big leaf piles and bake birthday cakes? Being the only one on the receiving end of their angst seemed the height of unfairness.

Eventually, I realized it wasn’t about what I’d done, but rather who I am. As in: the parent.

Teens are trying to become adults, right? We’ve told them what to do for their whole lives. They’re trying to figure out how to make their own decisions. They’re struggling to find their own voices. They don’t know who they are.

As they start to define themselves, they take the crudest of first-steps: They reject those who loom largest.

I told myself that serving as their foil was part of the process and that, over time, they’d start making choices independently of my existence, rather than in reaction to it.

I’m happy to report that’s exactly what happened. Eventually, the sands settled, the waters cleared. The doors stopped slamming and the eyes stopped rolling. As they build their adult lives, my role as antihero slowly receded. They have their own opinions. But mercifully, those opinions no longer revolve around being the opposite of me.

So hang in there, fellow parent. Look through your photo albums to remind yourself of calmer times. Talk to other parents and your children’s teachers. Savor the comments of those who confirm that it’s only you that sees the worst side of their Jekyll and Hyde personalities.

The open, loving child you raised is still in there.

You just may not see them for a while.

This article first appeared in YourTeenMag.com on October 17, 2017